Lithium (chemical symbol ‘Li’) is a soft, silvery-white alkali metal. The third element on the periodic table (after hydrogen and helium), it has the atomic number 3. It’s density is about half that of water, meaning it’s the least dense of the solid elements. While lithium does not occur freely in nature and comprises only 0.0007% of the earth’s crust, it’s found in nearly every igneous rock and also in mineral springs.

Lithium was first produced commercially in 1923. Aside from its use, historically, as a mood-stabilising medication, it’s also an efficient heat-transfer agent. Indeed, lithium and its compounds are intrinsic to numerous commercial applications, among them the manufacture of high-temperature lubricants, high strength-to-weight alloys (used, for example, in aircraft), heat-resistant glass and ceramics and, in the form of lithium hydroxide, as a means of removing carbon dioxide from the atmosphere of spacecraft.

In the 21st century, lithium’s electrochemical potential makes it a vital component of lithium-ion (‘Li-ion’) batteries. Li-ion batteries do have limitations in terms of cost, safety and stability; however, their energy-to-weight ratio, ability to be recharged many times over, and slow loss of charge when not in use have led three industry groups in particular – electric vehicles (‘EVs’), consumer electronics and the energy sector – to promote research and development into this battery technology. 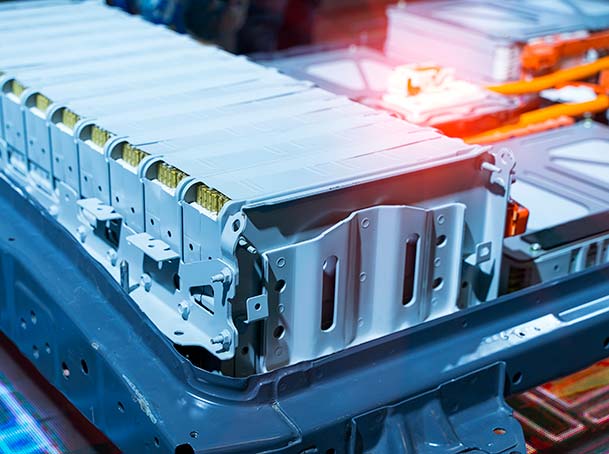 The need for alternatives to fossil fuels, advances in electric transportation, innovations and growth in the communication and consumer electronics spheres, the use of renewables and concomitant demand for both fixed and portable power storage, the advent of smart grids, the growth of infrastructure-sharing by utilities and consumers and the expansion of the ‘energy internet’ – all will drive demand for lithium far into the future.

Currently, the supply of lithium globally is derived mostly from brines and hard-rock deposits (around 50% for each provenance).

Lithium-containing brines are magmatic in origin and generally associated with volcanic events. The brines are found in the desert areas of Chile, Argentina, Bolivia, the US and China. Lithium from brines (which is of a low grade) is concentrated by solar evaporation from soluble salts. Capital input for producing lithium from brines is high but subsequent operating costs are low.

In Australia, Canada, Zimbabwe and Portugal, conventional mining techniques are used to produce lithium from pegmatites containing high-grade spodumene and petalite. With this form of production, capital input is low but operating costs are high.

Lithium can also be extracted from hectorite (a rare white clay from volcanic sources). Mines for this type of production are currently in development; however, the lithium feed grades will be low and the economics of the recovery methods are yet to be vindicated.

Lithium Australia has developed, and aims to apply, its patented processing technology – Sileach® – to lithium micas (until now a forgotten resource) and in so doing produce commercial quantities of battery-grade lithium carbonate. To date, the Company’s research suggests that such production will be characterised by low energy inputs and high by-product credits, with low capital and operating costs.

The Sileach® process can also recover lithium from other silicates. Lithium Australia is involved in an ongoing research programme that has advanced as far as pilot plant testing.

SiLeach® is an unparalleled processing environment that efficiently digests and recovers all significant metal values from the minerals treated.

Thus, it can be applied to a wide range of lithium feedstock, with low energy consumption, high metal recoveries and extensive by-product credits.

Further, SiLeach® has applications beyond the recovery of lithium from silicates. It has, for example, been tested on refractory gold ores to remove siliceous gangue material from the ore prior to cyanide recovery of gold. Therefore, SiLeach® could well become the benchmark for extraction of a wide range of metals from silicates.

During conventional processing, lithium is recovered only from spodumene concentrates, not lithium micas, which until now have been something of a ‘forgotten’ resource.

Conventional processing to extract lithium also incorporates an energy-intensive ‘roasting’ phase, occurring at temperatures of more than 1,000˚C, followed by ‘sulphation bake’, undertaken at about 250˚C. Once the residue produced is cooled and leached with water, only lithium (as a sulphate) is recovered, and it is then further processed to produce lithium carbonate. Unlike conventional processing, SiLeach® is a hydrometallurgical process, so no roasting phase is required, which reduces energy consumption. Moreover, there is potential for SiLeach® to derive all its energy requirements from waste heat generated during the production of sulphuric acid, which would further reduce operating inputs.

With SiLeach®, a combination of sulphuric acid and halides is used to dissociate the strong bonds in silicate lattices at atmospheric pressure, meaning that only simple mechanical components are necessary to conduct the process. Reactions occur rapidly at about 90˚C, which is also a distinct advantage in terms of constraining plant footprint and reducing capital costs.

Also unlike conventional processing, all metals within the target minerals are soluble in SiLeach®, creating the opportunity to generate significant by-product credits.

Historically, lithium was mined from pegmatite deposits in North Carolina, Zimbabwe, Portugal, Brazil and China. With the advent of cheaper production of lithium from brines in South America (and to a lesser extent China) in the 1980s, hard-rock production in the above-mentioned countries dwindled. From the 1990s on, production of spodumene concentrate came to be dominated by the Greenbushes mine in Western Australia, a situation that persisted until the commissioning of new production in that state by the likes of Galaxy, Pilbara Minerals, Altura, Minres, Neometals, etc.

More recent developments in Western Australia (Wadgina, Pilgangora, Mt Marion, Bald Hill, Mt Cattlin and Earl Grey, as well as the expansion of Greenbushes) will result in considerable extra feed, as will new projects in Canada and southern Africa, but requirements are still likely to outstrip supply longer term.

Spodumene deposits mined to date have shown yields to commercial lithium concentrate of 50-70%, with some operations targeting optimised recoveries of 75%. But where is the rest reporting?

Lithium pegmatites are often characterised by complex mineralogy, with the lithium occurring in more than one mineral phase. Product specifications for commercial spodumene concentrates preclude other lithium mineral contaminants, meaning that lithium micas, petalite, amblygonite, eucryptite, etc. are rejected as tailings. Under some circumstances this can result in lithium losses as high as 30%. 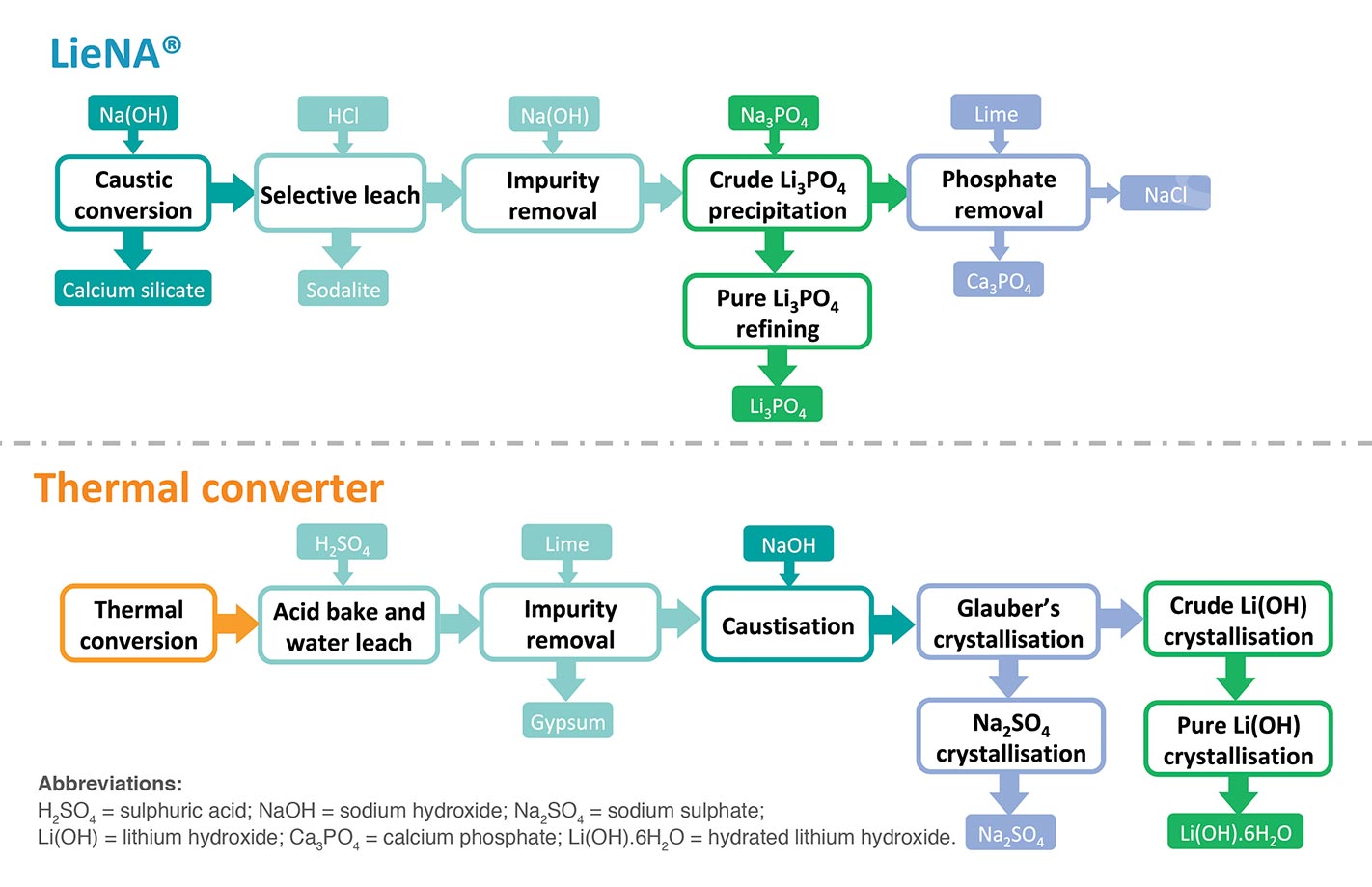 The situation is exacerbated by the requirement to meet quality specifications for commercially traded spodumene concentrates. Not only is liberation (to achieve chemical specifications) an issue but specified critical particle size for conventional ‘converter’ feed also reduces yield, the principal factor being acceptable sizing to feed counter-current rotary kilns.

Without radical departures from current processing technologies, lithium supply is most likely to be enhanced by greater exploitation of abundant sources, and of materials discarded during the processing of other resources. Ergo, the best targets are:

In line with a major push by consumers and legislators for greater sustainability and protection of the environment, the ubiquity of the above-mentioned sources renders each an ideal focus in the quest for improvement.

Given the ways in which spodumene mineral separation circuits perform, and how commercial concentrates are produced, most pegmatite orebodies produce only a low lithium yield. Partly, the issue revolves around the product specifications for spodumene converters in China (and soon Australia); these involve spodumene concentrates being fed into rotary kilns for the first stage of the lithium extraction process.

The kilns convert α-spodumene (unreactive with sulphuric acid) to β-spodumene, from which the lithium is recovered by a sulphation bake and subsequent water leach. Lithium is extracted as a sulphate solution, which is purified prior to the manufacture of lithium carbonate or lithium hydroxide.

While such ‘conversion’ processes are well established they have a number of shortfalls: not only are they energy-intensive but feed rates are dependent on particle size (as gas flow is counter-current to the flow of concentrates being converted from α to β-spodumene).

Such systems are best suited to relatively coarse feed material, but producers have to deal with the trade-offs of:

To date, trade in spodumene concentrates has been a ‘buyers’ market’, in which China dominates downstream conversion activities and the production of lithium chemicals. However, that is about to change as refining facilities in Australia (Tianqi, Albemarle, Minres and SQM/Kidman) come online.

Although these companies will have greater flexibility in terms of product specifications, from a practical point of view refining will still entail commercial trade-offs in that much fine spodumene will be discharged to tailings.

LieNA® and spodumene tailings – an opportunity

Lithium Australia has been working with ANSTO Minerals to solve the fine-spodumene dilemma and also provide a less energy-intensive alternative to conventional conversion processes. To that end, Lithium Australia has developed the LieNA® process, a caustic digest of spodumene. In effect it generates a phase change analogous to conventional ‘conversion’ processes, except that it occurs in solution rather than a furnace.

During the LieNA® process, fine spodumene is fed into an autoclave, where it reacts with caustic soda to form a synthetic lithium sodalite. Most of the lithium partitions into the newly formed sodalite, which is recovered via a simple, solid/liquid separation step. The lithium within the sodalite is weakly bound, so an exchange reaction that substitutes H+ for Li+ allows it to be recovered from the solid by leaching in weak acid. A simplified pictorial flow sheet is provided below. 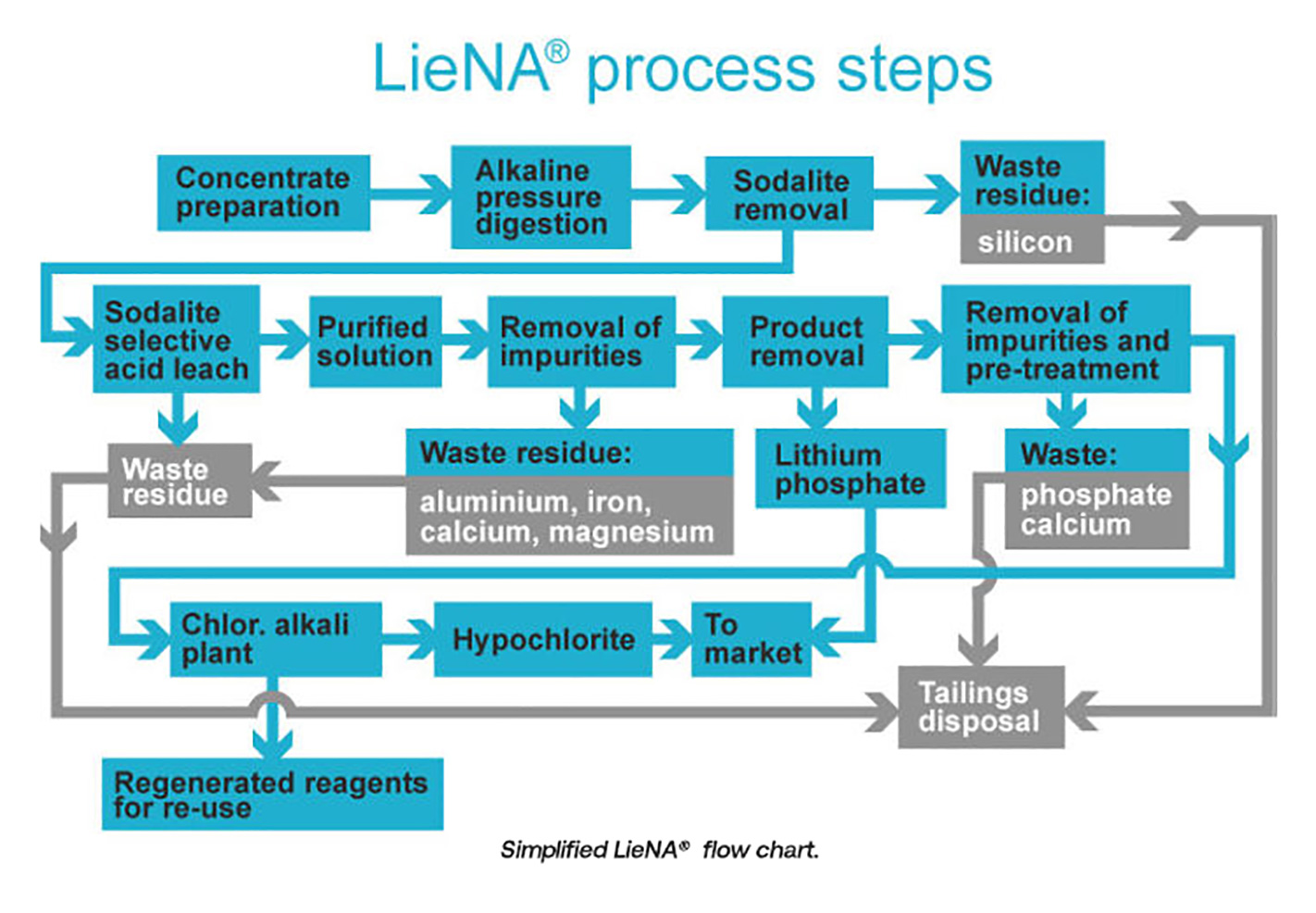 The LieNA® process, rather than being sensitive to fine spodumene, requires fine spodumene as a feed source to achieve acceptable kinetics.

So, what are the ramifications of a process designed to recover lithium from fine spodumene? If we assume that Western Australian spodumene concentrate production will soon eclipse 5 million tonnes per annum (Mtpa), and that the average recovery will result in a fine discharge of 1.7 Mtpa of spodumene, of which 75% is recoverable, that leaves around 1.3 Mtpa spodumene fines available for LieNA® processing.

That quantity of fines could produce about 170,000 tpa LCE. Such is the waste inherent in the lithium industry. Adoption of a LieNA® processing strategy could also allow utilisation of many years’ worth of stored tailings containing fine spodumene. 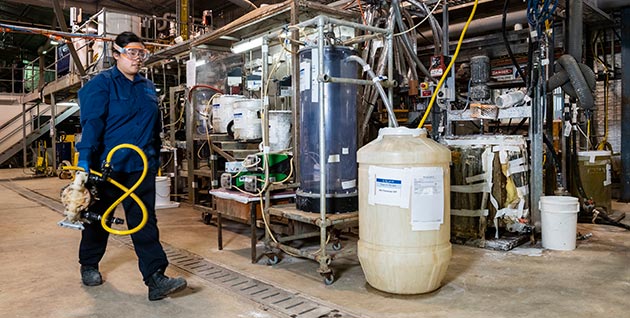 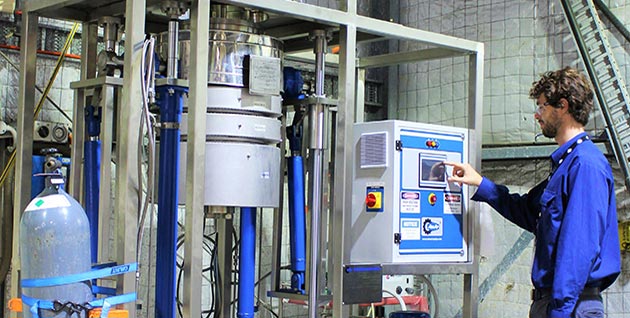 The ability to process such sources of fine spodumene would create a new market for concentrate producers, allowing them to better utilise resources. That in turn would improve sustainability and help meet the rapidly escalating demand for lithium.

Lithium Australia seeks partners to assist in evaluating the recovery of lithium from fine spodumene in both current tailings discharge and historic tailings in storage facilities.